This was no ordinary day at the dojo. At the end of the Saturday kids and adults class, Jack Williams presented promotions to some of his most deserving students: Charles Brown, Hector Gomez, Candido Ramos, Thomas Currie, and John Williams Jr. After the promotions Jack showed the class his Kodokan promotion certificate to Sichidan (7th degree) he received in 2006.

Receiving a black belt promotion from Jack is no easy task. It takes a lot of practice, determination, perseverance, refinement of techinque, and a high understanding of Judo to advance to and through the black belt ranks. Jack expects all his black belts to be able to perform and instruct both the official Kodokan Judo techniques and the re-engineered techniques handed down to Jack Williams through Paul Takeshita (4th degree) and Isogai Hajime (10th degree). Each individual who was promoted on July 14, 2007 has proven to Jack Williams and fulfilled the requirements to hold their promotion rank. 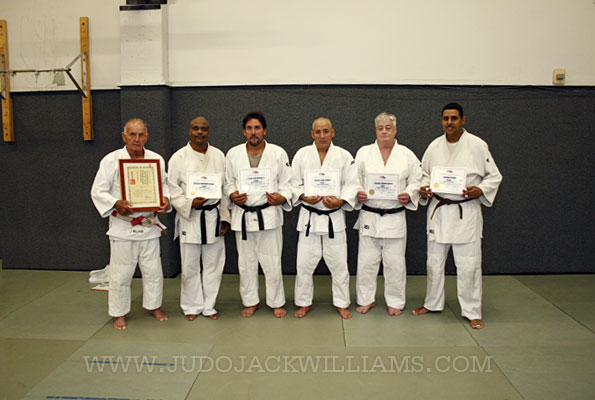 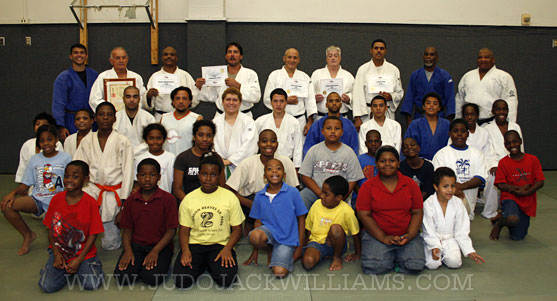